How to Get Past the Stall When Smoking Brisket 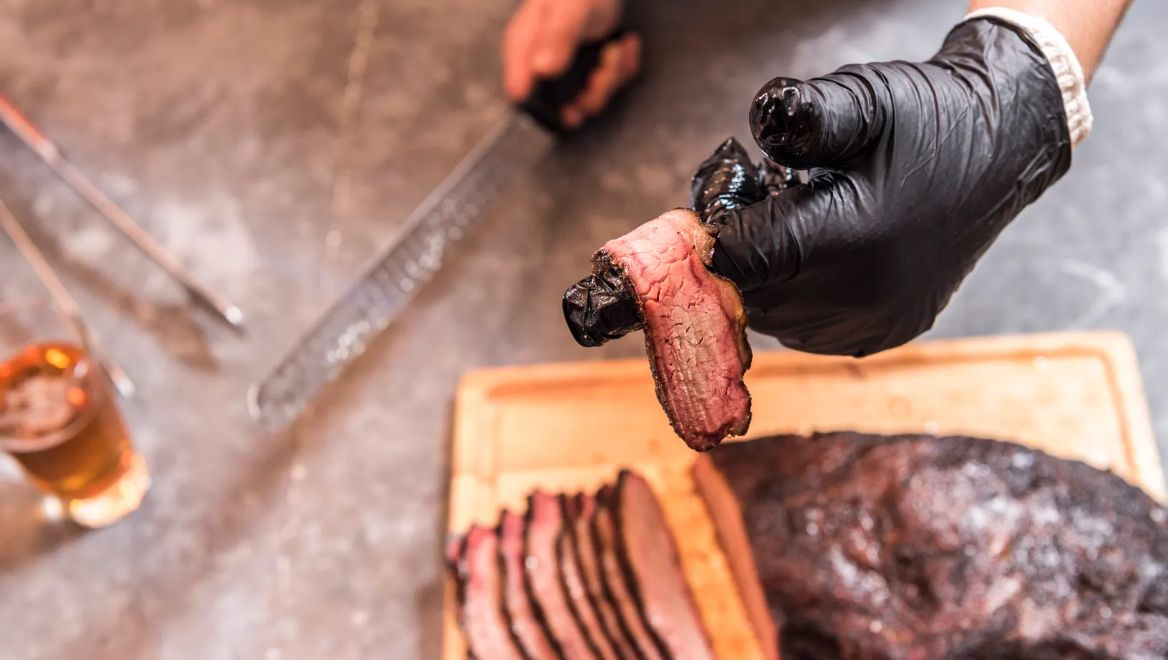 Brisket can be intimidating. Here are a few tips and a process for smoking award-winning brisket at home on your Oklahoma Joe’s® Smokers.

The stall is when a large cut of meat like a pork butt or beef brisket is cooking, and the internal temperature of the meat just seems to “stall” or plateau around 155-165°F for hours. There are many explanations out there as to what is going on with the stall, but one of the most scientifically-based theories is that evaporative cooling causes the stall. How can you avoid or shorten the stall?

Instructions
List
Steps
Show Photos:
On
Off
Step 1 Of 7
The Stall
1. If time isn’t a factor, just let the process unfold naturally and wait out the stall. The stall doesn’t hurt anything, and some pitmasters say it even helps the result.
2. Go hot and fast. Competition teams showed years ago that “low and slow” isn’t the only way to make tender BBQ. Many pro teams cook at 290-350°F. This shortens the amount of time for evaporation which shortens the length of time that the stall will last.
3. You got to keep ‘em separated. Many competition teams separated the whole brisket into the point and flat. This lets you get a better crust on your point for burnt ends, and it allows for quicker cooking.
4. Maintain a moist environment. High humidity dramatically lessens any evaporation. Using a water pan and spritzing your brisket will create that high humidity and help avoid the stall.
5. Wrap the brisket. Wrapping a brisket in peach butcher paper or foil stops the evaporation process and therefore will help push through the stall.
Is Wrapping Wrong?
1. Some pitmasters are adamantly against foiling, especially older school cooks. However, many experts include wrapping the brisket in their process. Renowned brisket master, Aaron Franklin of Franklin’s BBQ likes to use butcher paper as a step between foiling and not wrapping because it still lets the brisket “breathe” (140). BBQ Pitmaster Judge, Moe Cason, uses a combination of foil and butcher paper as we do in this recipe. World Champion, Chris Lilly of Big Bob Gibson’s BBQ, says that there are pros and cons to wrapping a brisket but that either cooking method can produce a superb brisket (91). Ultimately, it comes down to whatever works for you.
2. We use a combination of three of these techniques on brisket smoked on an Oklahoma Joe’s® Bandera. If possible, trim, inject, and season the brisket 12 hours before smoking, keeping it refrigerated.
Up Your Game: Tips & Tricks from the Pros 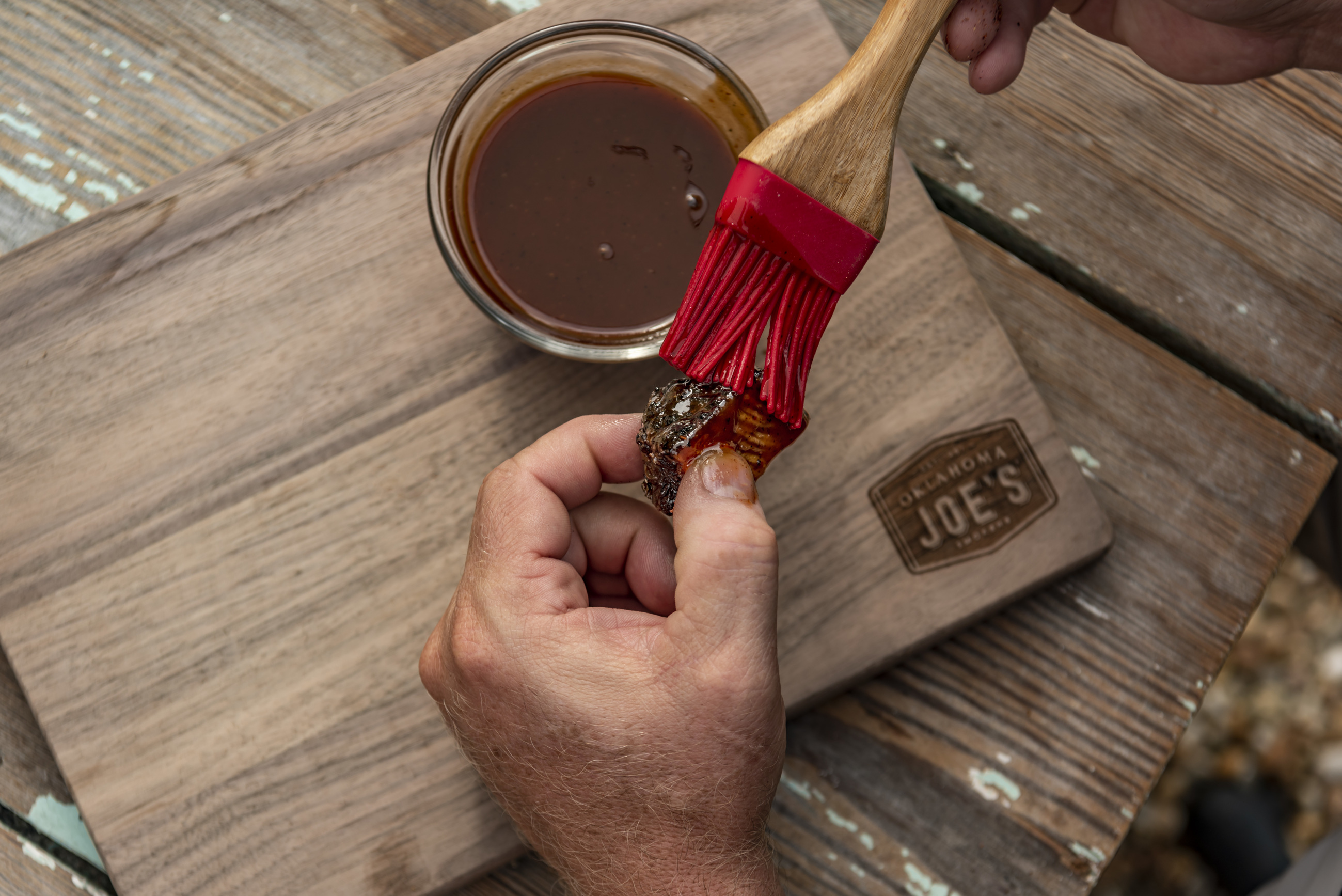